Yes, holding the TSX was like riding the Crazy Mouse at the Canadian National Exhibition over this period - just try keeping down your lunch on that roller coaster.  Holding Centurion Apartment REIT was like the old Alpine Way ride - coasting smoothly high above it all.

Centurion makes performance calculations readily available on their site.  The following charts the LP and REIT since March 2006 to December 2012.  It assumes dividends are reinvested - returns are actually slightly better in the REIT given that there is a DRIP discount not shown here. 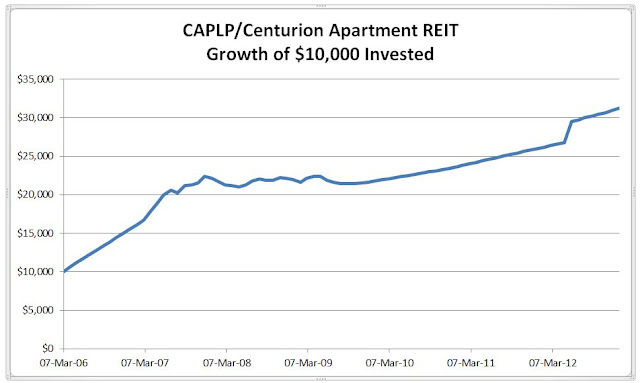 The overall returns are summarized below - pretty strong numbers!