Many of us have looked to low cost ETFs as part of investment portfolios.  We have a wee bit of Horizon's HXT, for example, which uses a forward swap on the S&P/TSX 60, to defer gains until units are sold.  For this fund, all returns are invested back into the cost of shares, so you don't pay dividends as-you-go.  HSX is a similar S&P500 index fund.

Certain financial arrangements (character conversion transactions) seek to reduce tax by converting, through the use of derivative contracts, the returns on an investment that would have the character of ordinary income to capital gains, only 50 per cent of which are included in income.

A character conversion transaction typically involves an agreement (called a forward agreement) to buy or sell a capital property at a specified future date. The purchase or sale price of the capital property under a derivative forward agreement is not based on the performance of the capital property between the date of the agreement and the future date – instead, the price is determined, in whole or in part, by reference to some other measure, often the performance of a portfolio of investments. The reference portfolio typically contains investments that generally produce fully taxable ordinary income.  You still here? 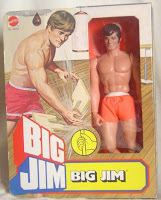 The tax treatment of HXT was questioned in the past.  Big Jim Flaherty and the boys add:

In a taxable, non-registered account, HXT provided diversification, and simplified accounting as well as tax deferral benefits.  Looks like that could be out the window now.  Horizons says no.  Stay tuned.

PS - tucked away in shoe boxes in our basement is a Big Jim, Big Jack (the olympic guy), and Big Josh (the bearded lumberjack dude) .. I'm reminded they are not dolls but action figures!