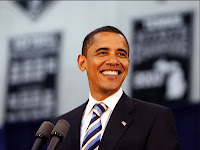 TransCanada Corporation which trades as TRP on the NYSE and on the TSE is set to soar after President Obama has approved the controversial northern leg of the Keystone XL Pipeline.  Hopefully this news is only months away.

TransCanada's chief executive, Russ Girling, said that construction of the pipeline could be complete by late 2014 or early 2105 if a final decision by the Obama administration comes by midsummer.

Energy consulting firm ClearView Energy Partners said signals from the administration are that construction of Keystone will not play a major role in climate change.

TransCanada Corporation is active in Renewable Energy projects and those with low carbon footprints including nuclear, hydro and wind generation primarily located in Alberta, Ontario, Quebec and the northeastern United States.